PCRush has been offering console repairs from Kirkstall for 8 years

PS4 and XBox One Repairs

We can optimally patch and repair all major and minor faults with practically every game console in existence. We particularly specialise in PS4 HDMI Port replacements, we can usually do these in a little over an hour. Pasha our console repair technician is a veteran in the repair industry with tens of thousands of PlayStation and Xbox repairs under his belt he is familiar with and fully capable of restoring any gaming machine no matter how badly damaged it is.

The most common failure on the current Generation of consoles are the HDMI port breaking off after prolonged use, we agree the PS4 HDMI port leaves much to be desired in terms of its resilence, it is no match for the load bearing capacity of the PS3 port. We are not ones for conspiracy theory’s but our strong suspicion is that the port was deliberately weakened. This combined with the removal of the component port leaves an almost scandalous design choice by Sony of Japan. You need not worry however as our port reattachment capability will ensure the ports reliability is improved over the original default solder. Please call us on 0113 2249 625 for further imformation.

We offer free diagnostics all consoles including the PS3 PS4 and XBox One, whatever the problem wether its HDMI or something else we can offer you a cost for repair on the spot.

Rarely the current game consoles suffer from software corruption, this is usually the result of the HDD failing, we can reinstall the OS to get you back up and running in no time.

One of the most common repairs we conduct and problems in relation to either the drive failing or the laser failing to properly read the disc, we always keep all parts in stock so any drive related issues can usually be fixed within a matter of hours.

All of the current generation of console can have various upgrades done to them, we can upgrade the storage drive to an SSD drive which boast much quicker loading times for your games.

Many of the current generaiton of game consoles have issues with dust and debris building up inside the housing, this can be cleared with the compressor and the gears of the drive oiled to ensure its smoothe running, after your console has been serviced by our in house technicians it should run just like new.

All of our tehchnicians are based in house this ensures you minimal down time as we can usually repairs the vast majority of faults the very same hour you bring the console in. 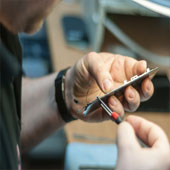 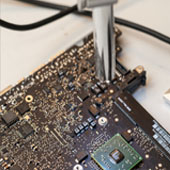 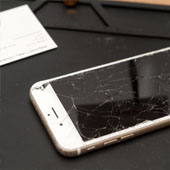 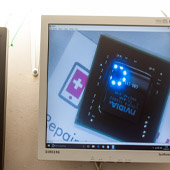 PCrush has been offering same day console repairs from Kirkstall for the past 10 years. In that time we have built up a huge quantity of stock allowing us to offer you a same day repair.

PCRush was aquired by Repair Lab Leeds Ltd and has now been fully merged. All repairs are now conducted from 12 Commercial Road Leeds LS5 3AQ